Because of the rumors around the web concerning the very high price tag of the new Technics turntable SL-1200G and SL-1200GAE, I decided to contact Panasonic/Technics.

After a few days, I finally have the official confirmation that both models (the regular one and the golden limited edition) will cost approximately € 3.499

Althought we are dealing with a bigger beast now (read here), this still is  a lot of money. I think they will let down a lot of DJ’s with this move. 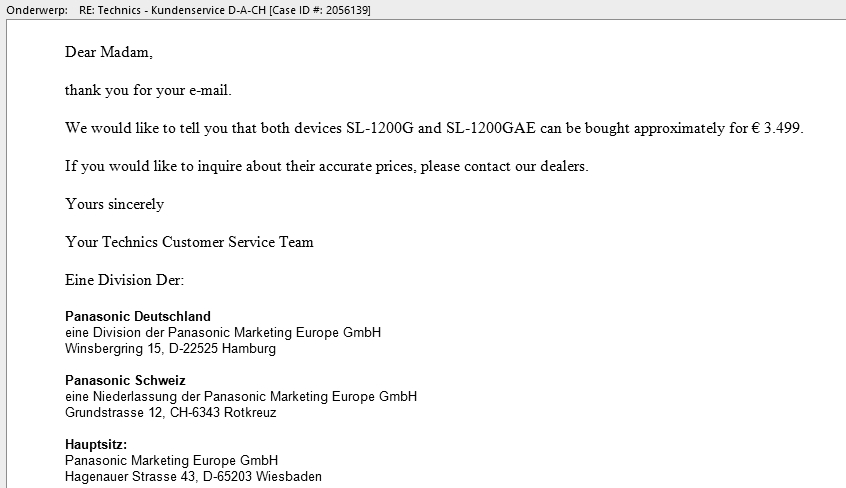 Differences between the Technics SL-1200 G and GAE version:

Otherwise, the SL-1200 G is exactly the same as the Limited Edition GAE.

Follow me...
This error message is only visible to WordPress admins

Make sure this account has posts available on instagram.com.